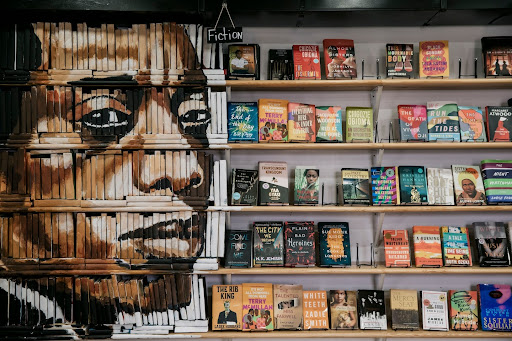 It’s February, so you know what that means – Black History Month! While every month is a great month to celebrate Black history, culture, and community, we wanted to take this time to highlight successful Black entrepreneurs right here in our hometown. So, in honor of Black History Month, we asked our colleagues to submit some of their favorite Black-owned businesses here in New Orleans! Whether it be through food, art and literature, or fashion, these Black business owners have brought their passions and skills to life- please enjoy!

Special thanks to Bailey Gabrish for compiling everyone’s ideas and writing most of this blog! 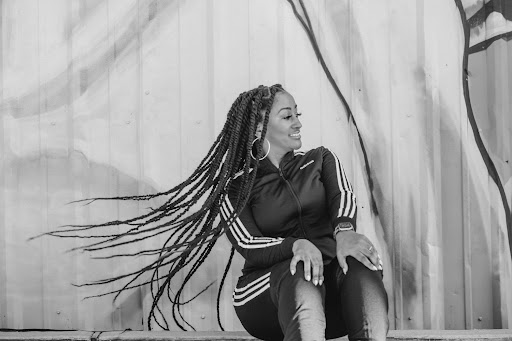 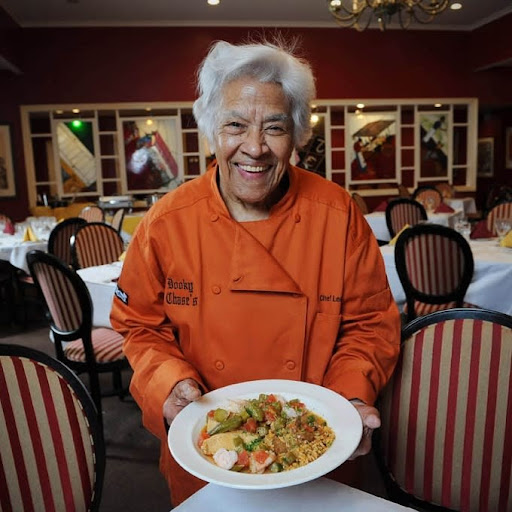 The late Leah Chase, otherwise known as the Queen of Creole Cuisine.

A mural of author James Baldwin painted on the spines of books next to the fiction section in Baldwin & Co.

A bowl of Ice Cream 504’s strawberry ice cream made with sugar, milk, and fresh strawberries.