Now that May 1 has passed, we want to take the time to recognize our record-breaking Class of 2026! We had a bumpy start this admission year with Hurricane Ida, causing Tulane to be closed for several weeks. During the shutdown, we were still able to hit the road and meet students both virtually and in-person, kicking off the cycle which would ultimately result in our most selective, most diverse, and academically strongest class to date! We are so honored to welcome the students who have chosen to become a part of the Tulane family. 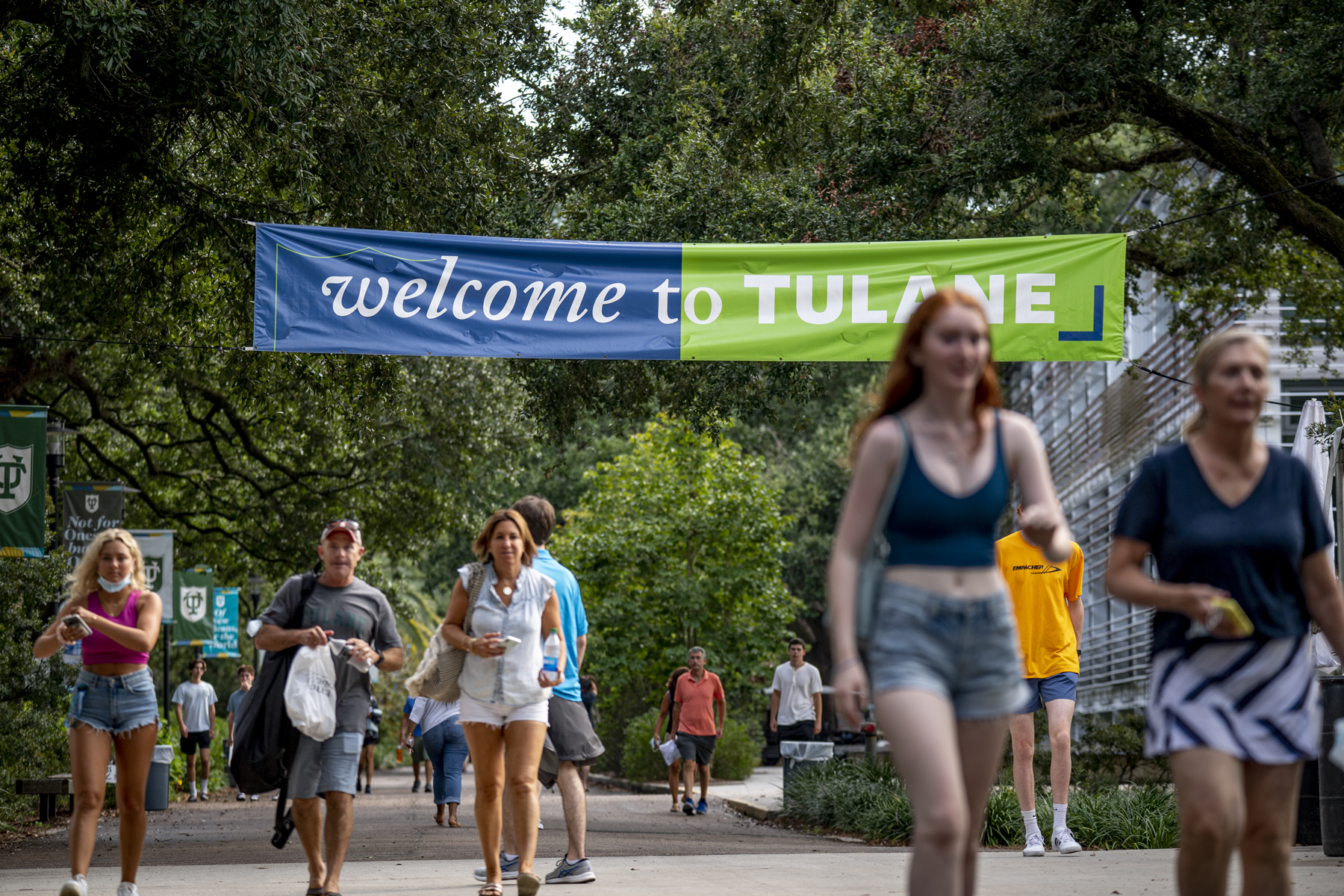 Our acceptance rate this year was 8.5%. I know…this number is scary. I’m simply here to tell you Tulane is becoming a more selective university. This number has decreased from 25% in 2016. At the same time, we received over 43,000 applications this year, which marks a 21% increase since 2017.

This was the strongest class academically to date. For the Class of 2026, the middle 50% ACT score range is a 31-34 and the converted highest SAT score is a 1474. This was the second year in a row Tulane has been test-optional, a policy we are continuing next year. With that being said, 54% of our incoming class applied without a test score. We have no doubt the Class of 2026 will accomplish big things in their time at Tulane and beyond!

Our yield rate improved from 45% to 52%. I’m using some admission jargon here, but to explain, yield rate is the percentage of admitted students who end up enrolling. This means that over half of our admitted students this year chose to attend Tulane! This is over double what our yield was in 2016. This means that more students are excited about Tulane and want to become a part of the Tulane community.

30% of the class identifies as BIPOC. The Class of 2026 wins the title for Most Diverse Class to Date! With a third of our incoming class identifying as BIPOC, that’s a 43% increase in 5 years. Of those students, 118 identify as Black or African American, an 82% increase since 2017. Tulane definitely still has a ways to go, but we are excited about the progress the university is making when it comes to diversity.

The class represents 25 countries and 44 states. This year we will welcome 84 international students hailing from 25 different countries! Based on citizenship, those countries are: China, India, Canada, Brazil, Turkey, Peru, Colombia, Nicaragua, Venezuela, Australia, Nigeria, Bermuda, Chile, South Korea, Panama, Costa Rica, Russia, Denmark, Sweden, Dominican Republic, United Kingdom, Honduras, Vietnam, Afghanistan, and Mexico. From the US, the only states which aren’t represented in this class are Alaska, Montana, Nevada, North Dakota, South Dakota, and West Virginia. Our top 5 states represented (in order) are California, New York, Louisiana, New Jersey, and Texas with Illinois, Massachusetts, Florida, Maryland, and Connecticut rounding out the top 10. We will also be welcoming students from Puerto Rico and the Virgin Islands!

32 students were granted the Louisiana Promise. This was the second year Tulane granted the Louisiana Promise, a scholarship intended to meet full, institutionally-calculated financial need without loans. Beginning with the Class of 2025, Tulane pledged a commitment to the state of Louisiana and its students to provide more college access initiatives. We are proud to say that 32 students from Louisiana will be attending Tulane with their full need met and graduating with no loans!

I want to end by saying congrats to all our students in the Class of 2026! You are well-rounded, passionate, and excited about Tulane and we cannot WAIT to have you on campus. To end, I leave you with advice from some of our graduating seniors.

“Don’t let other people’s definition of success define your own; pave your own path” – Lance

“Get a bike right away and start exploring the city on Day One!” – Sara

“Take your time to smell the roses! It’s corny, I know, but there truly is no place like Tulane. Enjoy it!” – Kennedy

“Go easy on yourself. I think since the college process has become increasingly competitive, it is easy to idealize the university you choose. While Tulane has so much to offer, not every day will be perfect and you don’t have to put pressure on yourself to do everything perfectly either. The college transition takes time, so go easy on yourself” – Tara

We use cookies to ensure that we give you the best experience on our website. If you continue to use this site we will assume that you are happy with it.Ok